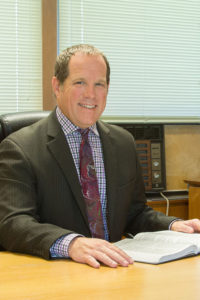 Rabbi Todd and his family moved to Cedar Rapids in 2009 to become our rabbi.

Having grown up in Kansas City, Rabbi Todd was happy to return to the Midwest after 10 years as a rabbi in Houston. He is a graduate of the University of Colorado and received his ordination from the Hebrew Union College – Jewish Institute of Religion, in 1999. In addition to his work for the congregation, he is also the current president of both the Inter-Religious Council of Linn County and the Midwest Association of Reform Rabbis.

His wife, Sabrina, is a nurse, and their children, Noah and Gabriella, are both in college. When not working, he enjoys movies, sci-fi, concerts, and golf.

To read Rabbi Todd’s monthly column, click on the link in the sidebar. 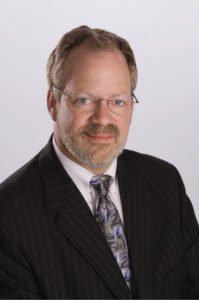 Robert grew up in Cedar Rapids and was a Bar Mitzvah at Temple Judah. Robert is passionate about technology and how society needs to play a better role to help repair our world “Tikkun Olam”. Robert lived in Israel for 4 years to better understand the political realities there and fell in love with the land and people.

He holds an Industrial Engineering and Operations Research degree from Syracuse University and the Graduate School of Banking from the University of Wisconsin. Robert has owned and operated an aerospace contract manufacturing company since 1988. In Tolerance was SBA’s “Sub-Contractor of the Year”. For several past years Rockwell – Collins awarded In Tolerance “Mechanical Contractor of the Year”.

He is married to Diane Handler who in 2018 was honored as one of Iowa’s Great Nurses. Between the two of them they have 4 children, 2 grandchildren and one on the way, plus two Doodles that rule the house.

To read the President’s column, click on the link in the sidebar. 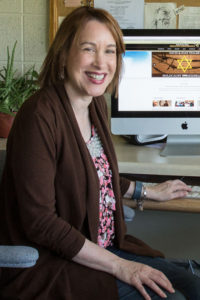 Carolyn, originally from St. Louis, moved to Cedar Rapids in 1993 after living in the Washington, DC area and Columbus, Ohio. Carolyn’s son, Daniel, who is now grown and on his own, grew up in Cedar Rapids and was active at Temple Judah.

In her spare time, Carolyn enjoys reading, improving her knitting skills and baking for friends and family.