In commemoration of International Holocaust Remembrance Day, The Thaler Holocaust Memorial Fund is proud to sponsor this Zoom event with Deborah Levison, who will tell the true story of Holocaust survivors, her parents, who were forced to confront present-day evil.

After surviving the Holocaust – in ghettos, on death marches, and in concentration camps – and Communist rule of the 1950s, a young couple seeks refuge in North America. They settle into a new life, certain that the terrors of their past are behind them. They build themselves a cozy little cottage on a lake, a cottage that becomes emblematic of their victory over the Nazis. The charming retreat is a safe haven, a refuge from haunted memories.

That is, until a single act of appalling violence defiles their sanctuary. Poking around the dark crawl space beneath their cottage, they discover a wooden crate, nailed tightly shut and almost hidden from view.

Nothing could have prepared them for the horror of the crate’s contents – or how the peace and tranquility of their existence would be shattered.

In her debut book, THE CRATE: A Story of War, a Murder, and Justice, Levison recounts the true story of her family’s discovery and how it forced them to revisit the violence and atrocities they experienced in World War II.

The presentation will start at 6:00 p.m. January 27, 2021. This will be a virtual event with limited attendance. For more information on how to attend the event, go to HolocaustEducate.org 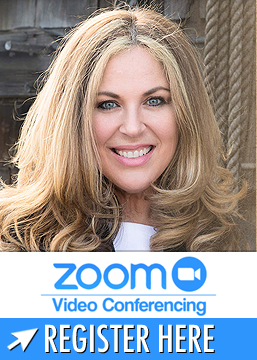